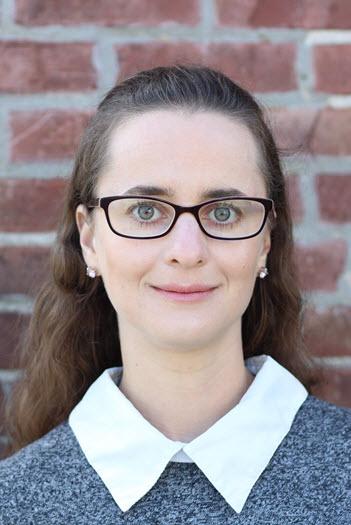 Like many young college graduates, Mara Hernandez had a bachelor’s degree and was looking for direction. While earning her degree in sociology at UC Berkeley in 2012, Hernandez became interested in working in health, and a conversation with her mother provided a possible path.

“My parents told me about the field of genetic counseling,” said Hernandez, a native of Lafayette who now lives in Berkeley. “My mom had received genetic counseling at UCSF for a family history of cancer. Once I learned about it, I saw that this is an area where I could make a positive impact on the lives of people who are going through scary, difficult or complicated health situations.”

She searched the National Society of Genetic Counselors website and starting making phone calls to pick the brains of people working in genetic counseling. She not only discovered that many of them earned their master’s degree at Stanislaus State, but they had great things to say about the program.

Hernandez, who graduated from the master’s program in June, brought more positive attention to Stan State in early May when she won a first-place award in the Health, Nutrition and Clinical Sciences category at the 32nd Annual CSU Statewide Student Research Competition, held at Sacramento State. Her presentation to the judges was an explanation of her master’s thesis, which dealt with how genetic counselors handle the situation of discovering a patient’s presumed parent is not really their biological mother or father.

“The parents’ DNA is sometimes tested along with the child to provide additional interpretive information,” Hernandez explained. “I surveyed 325 genetic counselors in the U.S. and Canada and interviewed 12 of them who had this situation arise. We try to always inform patients before testing that it’s possible they may find out that a parent isn’t actually a biological parent, although for most people that won’t be the case. When it is discovered, the family can be caught off-guard.”

Hernandez and eight other Stan State students qualified for the state competition through strong presentations at the local level held on the Turlock campus. She won $350 at the Stan State competition and an additional $500 at the state event, and also found great value in preparing for the events.

“This research competition has allowed me to brush-up my public speaking skills and become more confident talking about my research,” she said. “It’s helped me not only in my thesis defense but also in my job interviews. I’m asked all the time by professionals in the field what I did for my master’s thesis, and to be able to speak about it confidently is important.”

She said there are great job opportunities right now in genetic counseling, and she hopes to start a job by the end of the summer, which she is spending studying for the American Board of Genetic Counseling exam.

“You have to pass the test to be licensed,” she said. “I think the Stanislaus State program has prepared me well, but you still have to study! I’m excited to start my career. It’s going to allow me to connect with people and make a difference.”