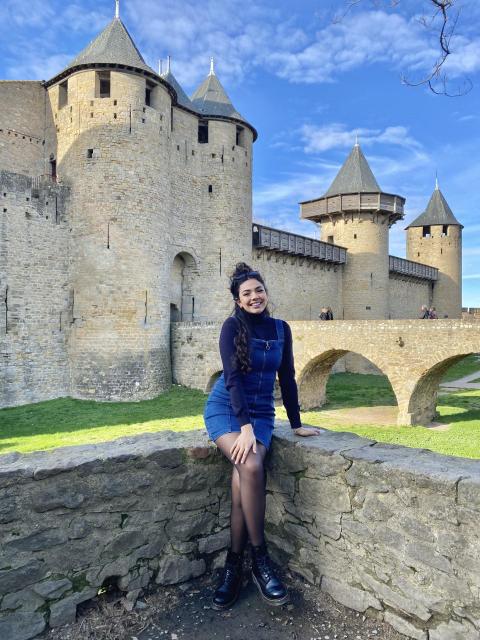 For starters, “best college-related decision EVER”. Studying abroad had always been something that I wanted to do so one day I finally decided that I had to stop thinking about wanting to do this and actually go and just do it. I went on and started to narrow down my options when looking into what schools and what country I wanted to live in for the next few months. Finally, it all came down to the Toulouse Business School in the beautiful city of Toulouse France.

This whole experience was nothing less than amazing. I made so many friends that just completely became family, learned some French, visited so many other cities and countries, and became so much more educated in relation to different cultures, religions, but I also learned a whole lot about how similar we are.

Toulouse Business School was absolutely the best! The staff made sure that any concern I had was taken care of as soon as possible so I can go right back to having the time of my life. I will never forget the professors and their methods of teaching. Even when I had to wake up early, I was still excited to go to class because we were learning through practice and through discussions that made everything so much easier to understand. The classroom environment was so diverse, we were learning so much more than business essentials, because of this we became so close and learning became so much fun.

Lastly, the city is just pure eye candy. Toulouse is just so beautiful, there is so much to do and see. My friends and I liked to go to different restaurants and then sometimes get take-out and eat by the river by St. Pierre (this was the sunset spot). Nightlife is something that I definitely miss especially in times like these. I would meet some of the funniest people when I was out, they became some of my closest friends as well. And something I liked to do on my own was going to mass but going to a different cathedral every Sunday. This gave me a chance to explore the city a bit more in my own way. I feel very blessed because of this whole experience and if I could do it all over again I absolutely would and that’s what I have to say to anyone who is thinking of studying abroad.